Speaking at a function organized by Government Ayurvedic Hospital Jammu today to pay tributes to Lord Dhanwantri, the Minister said that in fact Indian System of Medicines (ISM) has not received due care in the past but now the government has given added attention to this field of medicine for its high reputation.

The Minister said integration of Indian System of Medicines with primary health centers is under process adding that ISM doctors and Paramedical staff were being provided to these institutions under centrally sponsored National Rural Health Mission.

He said need of the hour was to improve health care delivery through ISM to the most vulnerable segment of population adding that measures need to be taken while making the policies and programmes under health sector for providing good health care to focused group of patients in the backward and remote parts of the state.

Giving resume of activities of the department, Director ISM Dr. Abdul Kabir said that at present one full-fledged hospital, 425 Ayurvedic dispensaries are providing medicare facilities to the people of the state. He said recently the department has completed the execution of ISM Pharmacy complex at Jammu costing of Rs. 1 crore while as construction work of drug testing laboratory at Jammu is nearing completion at a cost of Rs. 1 crore. He said the department is also going to organize national level workshops in the state for extending ISM treatment in the state. He said Indian System of Medicines is also being setup in government medical colleges Srinagar and Jammu adding that necessary funds in this regard have been received by the department.

The function was started while lighting candles and a Hawan was also performed on the occasion.

A galaxy of doctors, Superintendent Ayurvedic Hospital Jammu and other senior officers besides Paramedical Staff attended the function.

On the occasion employees of the department took oath to work with zeal and zest for delivering best medicare facilities to the masses. 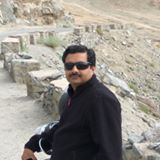